“Kill Sankara, thousands of Sankara will be born”, had prophesied the visionary, revolutionary and upright president Thomas Sankara of Burkina Faso, shortly before his assassination in 1987. At the end of 2014, after years of struggle against 2013 years of reign, the Burkinabé people overthrow the National Assembly and force its President Blaise Campaoré to resign. This “second revolution” of the country was largely led by the peace movement “Le Balai Citoyen”, founded in XNUMX by two committed musicians claiming the legacy of Sankara, the rasta Sam'k Lejah and the rapper Smokey. Camera in hand, Parfait Kaboré takes us along in this original popular and artistic epic that reveals the hope for change, in the conquest of freedom.

Kiswendsida Parfait Kaboré known as "Galadio" was born in 1984 in Ouagadougou in Burkina Faso. Director Guy Désiré Yaméogo hired him on the film "Sacred Dance in Yaka", which led him to the Imagine Institute where he benefited from several training courses. It combines audiovisual training and law studies. In 2012, he graduated from the Master "Documentary production of Saint-Louis-du-Senegal", and then directed several short documentaries. From 2012 to 2016, he participated in the collective film "Lumière d'October", the production of which brought together several young directors, representatives of the new generation of documentary filmmakers in Burkina Faso, such as Berni Goldblat, Mamounata Nikiema, Simplice Ganou and Delphine Yerbanga. In 2017, his film "Place à la Révolution" was released. 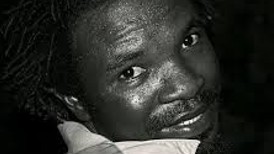