The Koro of Bakoro, the castaways of Faso

Polo has been roaming Ouagadougou since childhood. Today he has grown up. At 29, he is the oldest in a group of young people who live on odds and ends. Plunged raw into a reality as rough as the tar that the streets of Ouaga lack, The Koro of Bakoro, the Survivors of Faso is above all a view from the inside. Simplice Herman Ganou knows the streets where they live as well as Polo and his gang, trying to sell custom “Bakoro” recycled solar lamps. He had already dragged his camera to this corner, signing Bakoroman (2012) a few years ago, a portrait of street teenagers. A few years have passed… And the question that arises now is no longer that of survival, but that of identity. In the street, we are nobody. “If I had died in the revolts of 2014, I would have been put in the mass grave”, the quest that punctuates the film is therefore identity. Polo leaves for the village in search of his birth certificate, like the metaphorical body of a Burkina Faso orphan since the death of Sankara and whose recent revolution leaves his children as shipwrecked.

Simplice Herman GANOU was born in 1974. This Burkinabè director and screenwriter has worked as an educator with street children. He joined the Master of Documentary Directing at the Gaston Bergé University of Saint Louis in Senegal in 2010. He made a short documentary film there: A people, a bus, a faith, his graduation film, selected by the States generals of the Lussas Documentary and at the Tampere Festival. He has also directed for Arte, Ato, short documentary (2011, 15 ′). Bakoroman (2011, doc, 62 ′) is his first professional film. In 2017, he produced Le Koro du bakoro, castaways of Faso (doc, 78 ′) which won the Tanit d'Or at the JCC 2017 in Tunisia. 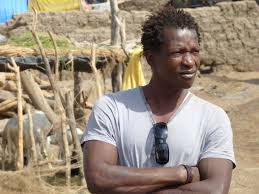