Saholy takes care of her drivers as well as of her sons and allows them to find a home where they are mothered. Tormented by a difficult past, Njaka seeks his place within this large family. At seventeen, he knew he had to decide his future, but was still easily tempted by smoking and girls.

Michaël Adrianaly, born in 1978, is a Malagasy director, editor and photographer. It was after his studies in international trade and business management that he became interested in the audiovisual industry, first through video editing and special effects. Todisoa et les Pierres noirs (2012), his first film, was selected in several festivals. Njaka Kely is his second documentary. At the heart of Malagasy daily concerns, Adrianaly wants to talk about the changes and upheavals of the island. 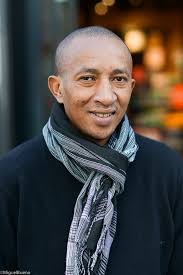